The service you are developing provides APIs for users. When an user calls an API, (s)he must show a short-living authorization credential, e.g. an OAuth2 token.

The user creates, owns, updates or deletes resources in the service on behalf of the account to which the credential is associated. Here, the `user' might be (an user-agent operated by) a human but also it might be an automated program running in background.

Also you want to use captcha to prevent huge number of accounts from being registered for some fraud purpose.
And you might even want to let users register their billing address for charging.

It is hard for users to securely manage accounts which automated programs use.

"manage" here basically means to create/update credentials as necessary and handle bills. A human (or a specialized billing-system, at least) must handle these things instead of the automated program because such a program tends to be bad at solving captcha -- it is by design and raison d'être of captcha --, and it is even worse at receiving bills by mail and going to bank to pay.

Then, how can (s)he manage the account for the program? Although some easy solutions come to the mind of the user, they do not work fine enough. 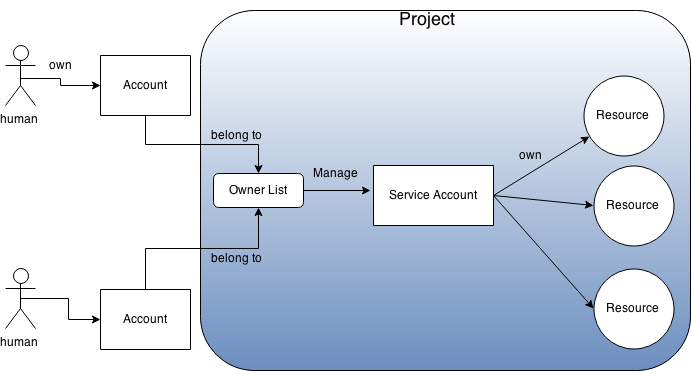 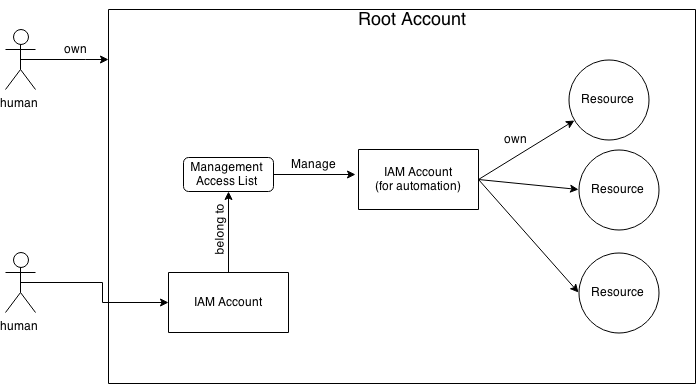 The approach of GCP is a bit more complicated for hobby developers because GCP requires the developer to create a "project" in addition to his/her human account even though (s)he is the only developer in the development team. On the other hand, (s)he would be able to do everything just with his/her root accounts in AWS.

Next, let's think about larger development projects. AWS is a bit less secure because root account itself is an account with username and password and the dev team must keep the account secure in addition to their IAM accounts. On the other hand, GCP is secure because it does not have this kind of extra authentication credential which is not usually used.